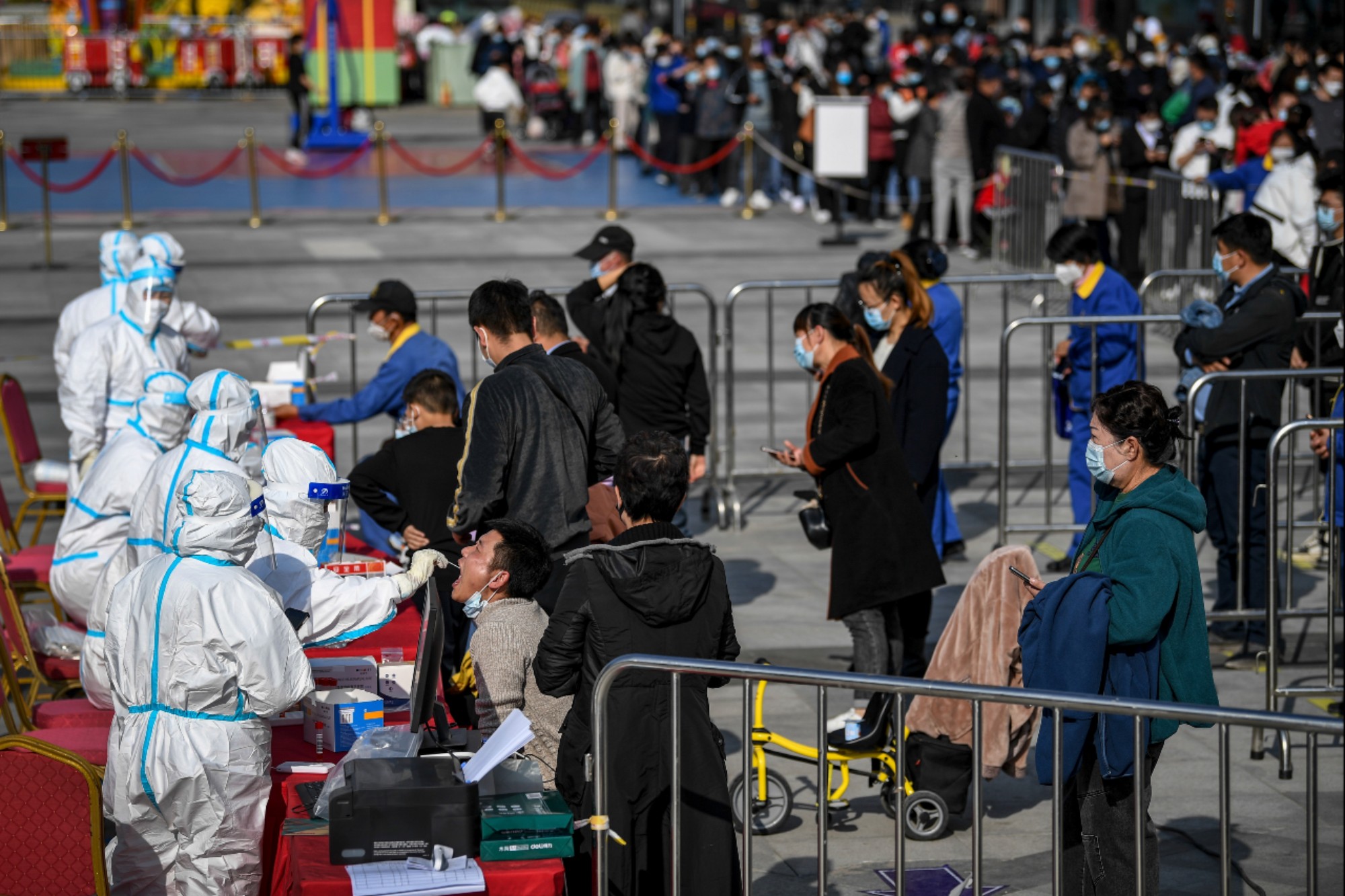 TAIPEI, Taiwan — Children as young as 3 will start receiving COVID-19 vaccines in China, where 76 percent of the population has been fully vaccinated and authorities are maintaining a zero-tolerance policy toward outbreaks.

China becomes one of the very few countries in the world to start vaccinating children that young against the virus. Cuba, for one, has begun a vaccine drive for children as young as 2. The US and many European countries allow COVID-19 shots down to age 12, though the US is moving quickly toward opening vaccinations to 5- to 11-year-olds.

Local city and provincial level governments in at least five Chinese provinces issued notices in recent days announcing that children ages 3 to 11 will be required to get their vaccinations.

The expansion of the vaccination campaign comes as parts of China take new clampdown measures to try to stamp out small outbreaks. Gansu, a northwestern province heavily dependent on tourism, closed all tourist sites Monday after finding new COVID-19 cases. Residents in parts of Inner Mongolia have been ordered to stay indoors because of an outbreak there.

The National Health Commission reported that 35 new cases of local transmission had been detected over the past 24 hours, four of them in Gansu. An additional 19 cases were found in the Inner Mongolia region, with others scattered around the country.

China has employed lockdowns, quarantines and compulsory testing for the virus throughout the pandemic and has largely stamped out cases of local infection while fully vaccinating 1.07 billion people out of a population of 1.4 billion.

In particular, the government is concerned about the spread of the more contagious delta variant by travelers and about having a largely vaccinated public ahead of the Beijing Olympics in February. Overseas spectators already have been banned from the Winter Games and participants will have to stay in a bubble separating them from people outside.

China’s most widely used vaccines, from Sinopharm and Sinovac, have shown efficacy in preventing severe disease and transmission of the virus, based on public data. But the protection they offer against the delta variant has not been answered definitively, although officials say they remain protective.

Many developing countries left out of the race to get shots from Western pharmaceutical companies like Pfizer and Moderna bought Chinese vaccines. China has shipped more than 1.2 billion doses as of September, according to its Ministry of Foreign Affairs.

Even with widespread domestic and global use, not every parent is reassured about the vaccine, citing less publicly available data on the shots.

Wang Lu, who lives in the southern city of Fuzhou in Fujian province, said she isn’t particularly rushing to get her 3-year-old son vaccinated. “I’m just not very clear on the vaccine’s safety profile, so I don’t really want to get him vaccinated, at the very least, I don’t want to be the first,” Wang said.

Other parents said they weren’t concerned, given that many other people had already gotten the shot.

Wu Cong, a mom of a 7-year old, said her daughter’s school in Shanghai hadn’t yet notified them of any vaccinations.

“I think this isn’t too different from the flu vaccine, there’s already been so many people vaccinated, so I don’t have too many worries,” said Wu.