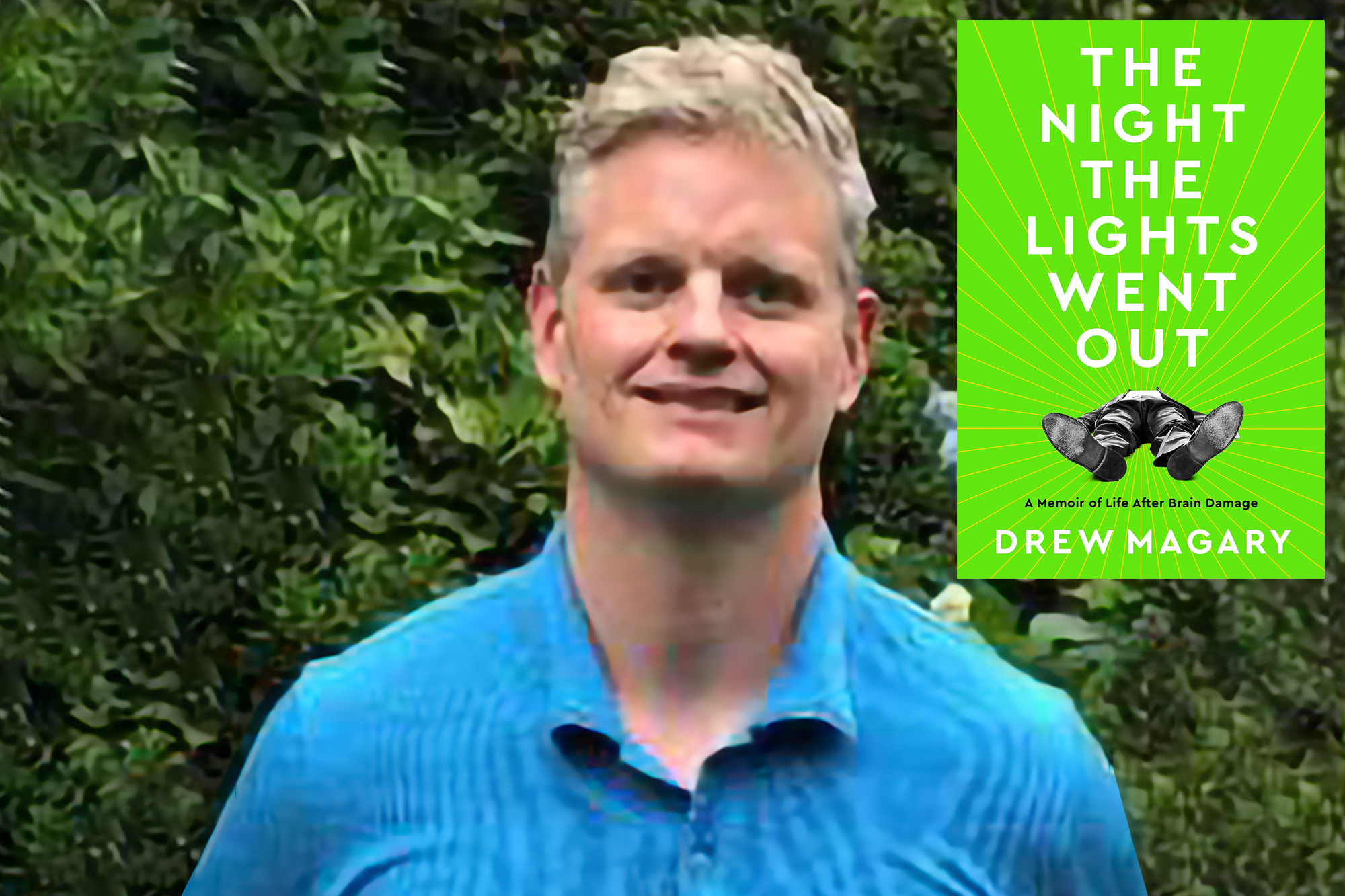 “The story of any middle-aged dad,” writes Drew Magary in the opening pages of his memoir, “is the story of a man vainly attempting to stand his ground while it shifts uncontrollably beneath him.”

Magary was in New York on Dec. 5, 2018, for the annual Deadspin Awards at Irving Plaza, an event he was hosting. The 42-year-old sports website writer was a happily married father of three with a busy life and plenty to be thankful for. The show went off without a hitch; “I made a glorious ass of myself, all in accordance with the script,” he writes in “The Night the Lights Went Out: A Memoir of Life After Brain Damage” (Harmony), out now.

After the show, he and the rest of the Deadspin team headed to a nearby karaoke bar for more revelry. He sang a Blur song. He had a beer.

And shortly after, his world fell apart.

The next thing he knew, he woke up in a hospital bed. It was now Dec. 19, and Magary had been in a medically induced coma for the past two weeks. A nurse clarified the situation for him. “I had not gotten into a fistfight,” he writes. “I had inexplicably fainted in the lounge hallway. On my way to the ground, I fractured the temporal bone in my skull because, once again, I had no way to brace myself for the impact. This was the first bone I had ever broken in my life, and I picked a f–king doozy. The temporal bone is the hardest bone in the human body. To fracture it, you usually have to be assaulted, crash your car, or get shot. Or you could fall down and smash your head against a concrete floor. That could do the trick.”

Magary had suffered a subdural hematoma, a brain hemorrhage that came very close to killing him. As his family and friends gathered in his hospital room after the accident, they tried to grapple with odds that often seemed incredibly grim. His parents, siblings, wife and children moved to New York and set up base in an Airbnb apartment.

The memoir explores the aftermath of the accident, including a frustrating, long-term recovery. Some of the damage was permanent. (As he notes in his author bio, “He lives in Maryland with his wife, his three kids, his dog, and 95 percent of a functioning brain.”) It will be enjoyable reading for anyone who likes their recovery and life insights served with a side of wry humor and plenty of sarcasm.