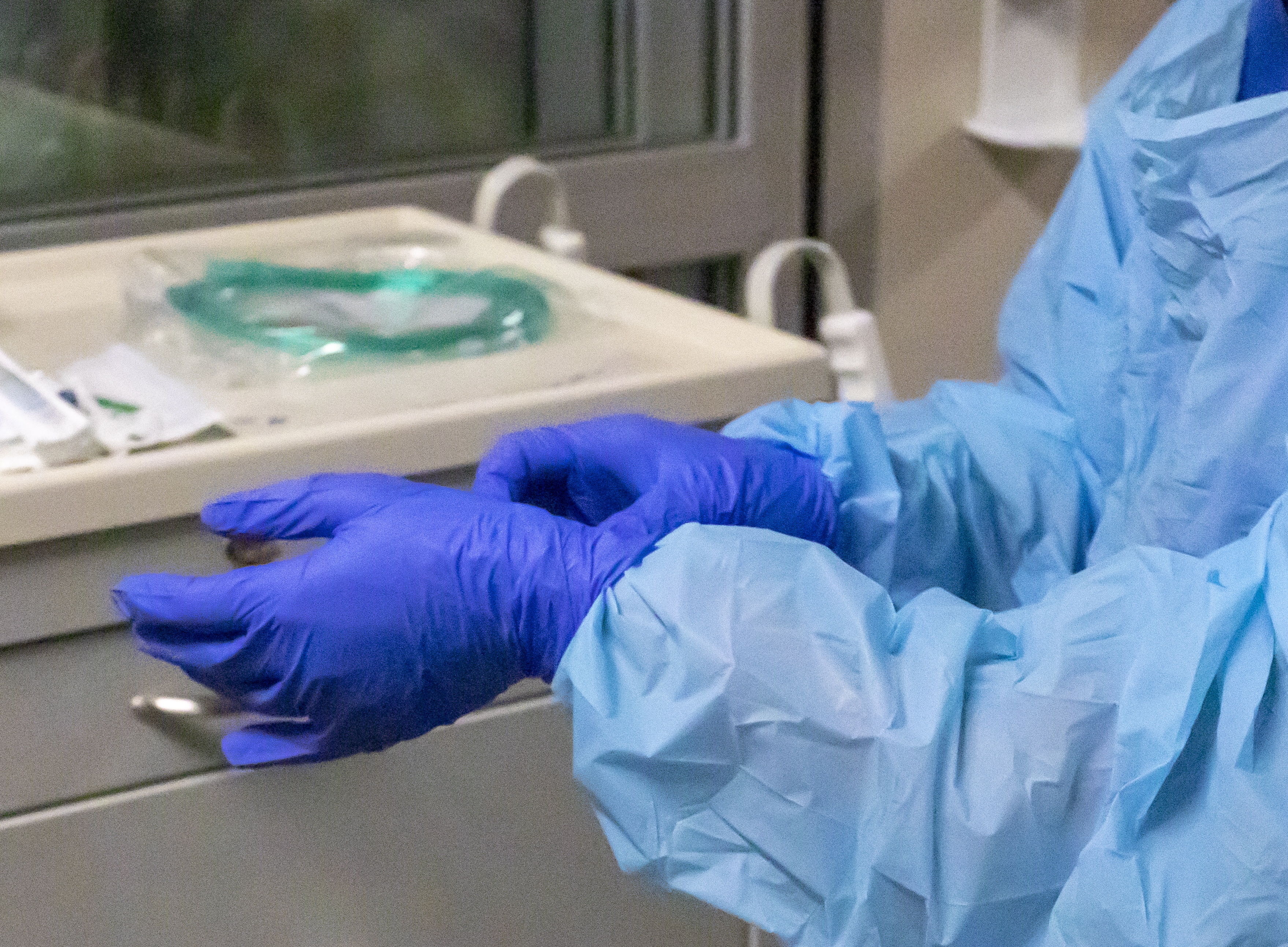 Millions of filthy, used medical gloves — some even obviously bloodstained — were imported into the US from Thailand amid a shortage of personal protective equipment during the COVID-19 pandemic, according to a disturbing report.

A months-long investigation by CNN found that the soiled, second-hand nitrile gloves were shipped to desperate US distributors after import regulations were suspended at the start of the pandemic to address surging demand.

“There was just no other answer. There was no way to meet the demand,” industry expert Douglas Stein said told CNN.

“But that opened the floodgates for all the nefarious behavior.”

Stein described the medical-grade nitrile gloves as the “most dangerous commodity on Earth right now.”

“There’s an enormous amount of bad product coming in. An endless stream of filthy, second-hand and substandard gloves coming into the US of which federal authorities, it seems, are only now beginning to understand the enormous scale,” he said.

A criminal investigation surrounding the operation is now underway by authorities in Thailand and America.

Miami businessman Tarek Kirschen was one of the US distributors who unwittingly ordered the unsanitary gloves.

Kirschen told CNN he ordered about $2 million worth of gloves from Thai-based company Paddy the Room late last year.

“We start getting phone calls from clients completely upset, and you know, yelling and screaming at us saying, ‘Hey, you screwed us,’” he told the outlet.

“These were reused gloves. They were washed, recycled,” he said.

Kirschen said he tossed the gloves, refunded the money to his customers, and alerted the FDA in February 2021.

He stressed none of the second-hand protective gloves he ordered were used in medical settings.

However, the CNN investigation found that American distributors bought around 200 million gloves from Paddy the Room. It’s unclear what happened to those gloves after they entered the country.

US Customs and Border Protection told CNN it had seized about 40 million counterfeit face masks and hundreds of thousands of other PPE items — but the agency says it does not count the specific amount of glove seizures.

Meanwhile, the Department of Homeland Security began “Operation Stolen Promise” with the aim of stopping the flow of illicit PPE into the US.

“I think DHS has been a model around the world for how best to coordinate efforts among different agencies to really stop the import, the transactions and all the other surrounding criminal activity around COVID,” Rose insisted to the outlet.