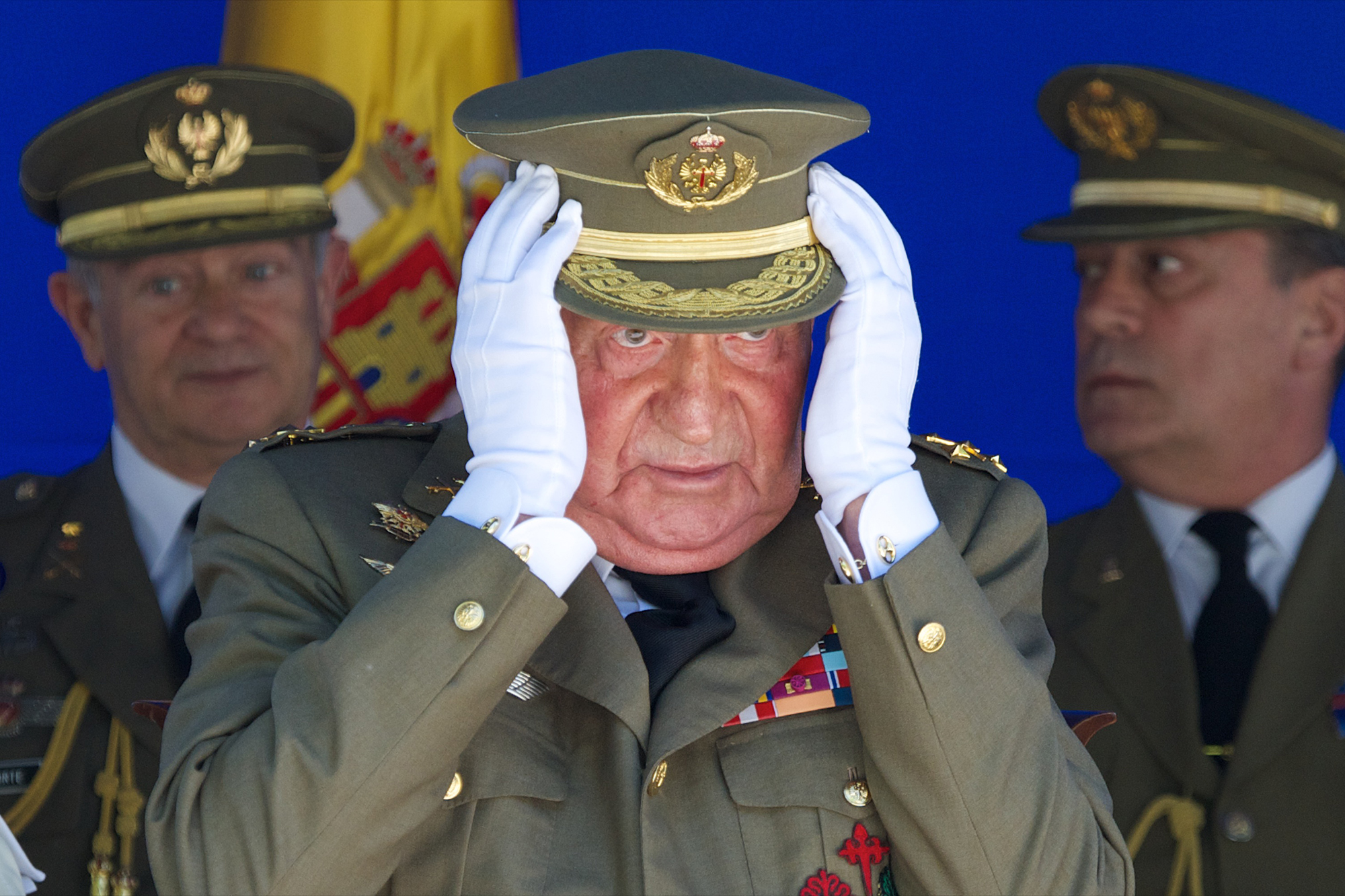 SPAIN’S former King Juan Carlos I was injected with female hormones as his rampant sex drive was a danger to the state, the country’s most infamous police chief has claimed.

Ex-police commissioner José Manuel Villarejo – who is on trial for blackmail and corruption – claimed the disgraced former head of state was given the drugs by the Spanish secret service to “lower his libido”.

The 70-year-old alleged that Juan Carlos was injected with “female hormones and testosterone inhibitors”.

He told a parliamentary hearing that it became a “problem for the state that he was such an ardently passionate person,” The Times reported.

Members of parliament gasped and sniggered at the allegations, while another suggested they resembled the storyline of “the latest James Bond film”.

Villarejo claimed that former National Intelligence Centre (CNI) boss and close ally of the ex-monarch, Félix Sanz Roldán, was behind the alleged idea.

But Roldán denied he had played any role in administering the hormones, saying he had only learned about it when Juan Carlos’ former mistress, Corinna zu Sayn-Wittgenstein, had told him.

She was recorded by Villarejo in 2016 saying people in the royal entourage gave Juan Carlos “a lot of female hormones to take away his strength”.

“They have taken everything from him, he could not be with a woman or anything,” the businesswoman, who had an affair with him from 2004 to 2009 during his kingship, said.

Sayn-Wittgenstein also claimed that a French doctor had verified this by inspecting his medication, as well as saying that he was given excessive sleeping pills after a 2011 operation.

Juan Carlos’ former lover is embroiled in a legal battle with him and Spain’s CNI amid a money laundering case in Switzerland and her claiming she was illegally put under surveillance.

Courts are investigating whether Sayn-Wittgenstein was given cash after her lover allegedly earned a secret commission for helping to win a £6 billion Saudi rail deal.

He is facing another two separate criminal probes in Spain – but he fled the country after being embroiled in multiple corruption scandals.

One is regarding the use of credit cards linked to foreign accounts after his June 2014 abdication when he lost his constitutional protection against prosecution as a serving monarch.

Prosecutors are trying to establish if the former king accessed funds deposited in accounts held by a Mexican businessman and a Spanish Air Force official.

The scandal hit king is widely admired for steering Spain from the tyranny of dictatorship under General Franco to democracy when he took over in 1975.

But he has faced growing criticism both towards the end of his reign and in his role as the ex-king.

He was recently forced to deny he was “seriously ill” after pictures of him looking frail began circulating as he remains at his hideaway in the Middle East.

The shocking allegations regarding Juan Carlos’ libido come during Villarejo’s trial which began this month.

The 70-year-old is accused of secretly recording conversations with a network. of the country’s rich and powerful figures, dubbed the “sewers of the state”.