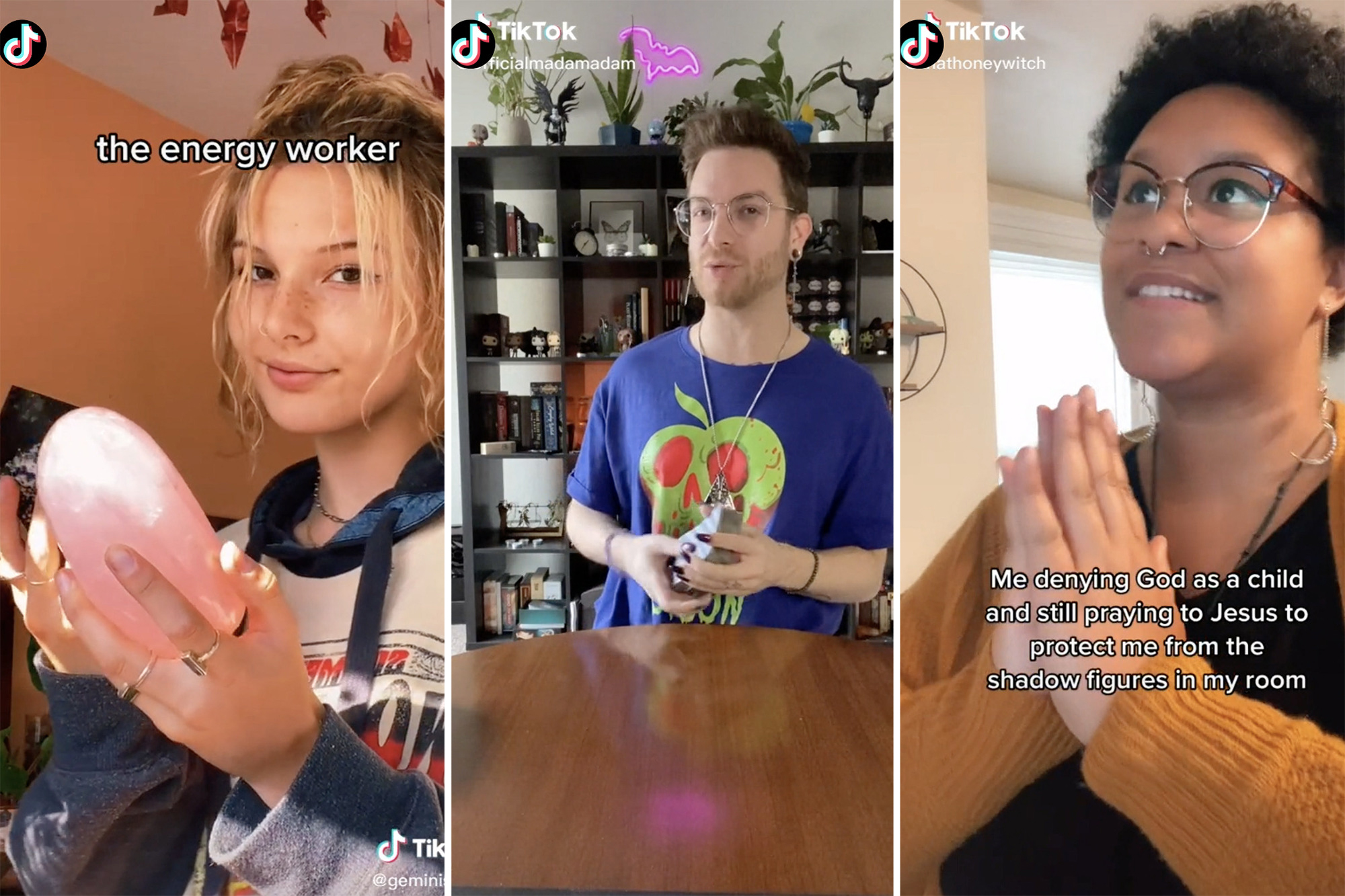 They’ve bewitched TikTok users all around the world.

The TikTokers share their spooky videos under the hashtag #witchtok, which has amassed a whopping 19.9 billion views and counting.

“It’s a fabulous TikTok community of spiritualists… from all different walks of life,” Adam Wethington, 33, told USA Today in an article about the WitchTok subculture and its growing influence.

Wethington (whose pronouns are he/they) boasts 1.5 million followers on their @officialmadamadam TikTok account.

The influencer — who shares daily tarot card readings — says he amassed followers amid the COVID pandemic because people started leaning into their spiritual sides as the world was thrust into a state of uncertainty.

“We’re in this great spiritual renaissance of enlightenment … Many of us are looking inward.”

Trawling through the WitchTok hashtag, The Post came across dozens of other users who share their tarot card readings.

Quirky tutorials — including one that teaches users how to bring “healing and happiness” by casting a spell with, of all things, an orange — are also popular.

Meanwhile, another video that has been liked nearly a half-million times explains how to turn a $1.99 Walmart candle into a “budget witchcraft protection candle” by “cleansing” the wax and adding rosemary, cinnamon and crushed red pepper flakes.

Its creator, @coko_thewitch, is a high-profile figure in the WitchTok community and regularly shares “how-to” videos.

The Pennsylvania-based grad student — who uses the pronouns they/them and is currently completing a degree in forensic science — uses their @thathoneywitch account to discuss witchcraft and astrology.

Rose says many fans have turned to WitchTok because they don’t feel welcome in more traditional subcultures, both on and offline.

“I am a lot of marginalized groups. I am non-binary, I’m queer and I’m half black… but magic has been the voice of people that are voiceless for a very long time,” Rose told USA Today.

However, the expanding popularity of WitchTok means the community is gaining a new crew of enthusiasts.

Kiley Mann, 19, runs a WitchTok account called @oracleofthemoon where she shares tea leaf readings and talks about supernatural practices such as bone throwing.

Mann says she has accumulated a diverse audience of followers in recent months.

“What makes people so curious about it is that this information was once regarded as kind of taboo, but now it’s become more open to the general public,” she told USA Today.

Meanwhile, WitchTok hit headlines last year after one self-proclaimed witch on Twitter claiming they were going to “put a hex on the moon.”

Fans of WitchTok quickly began sharing the woman’s thread, turning it into a viral sensation.