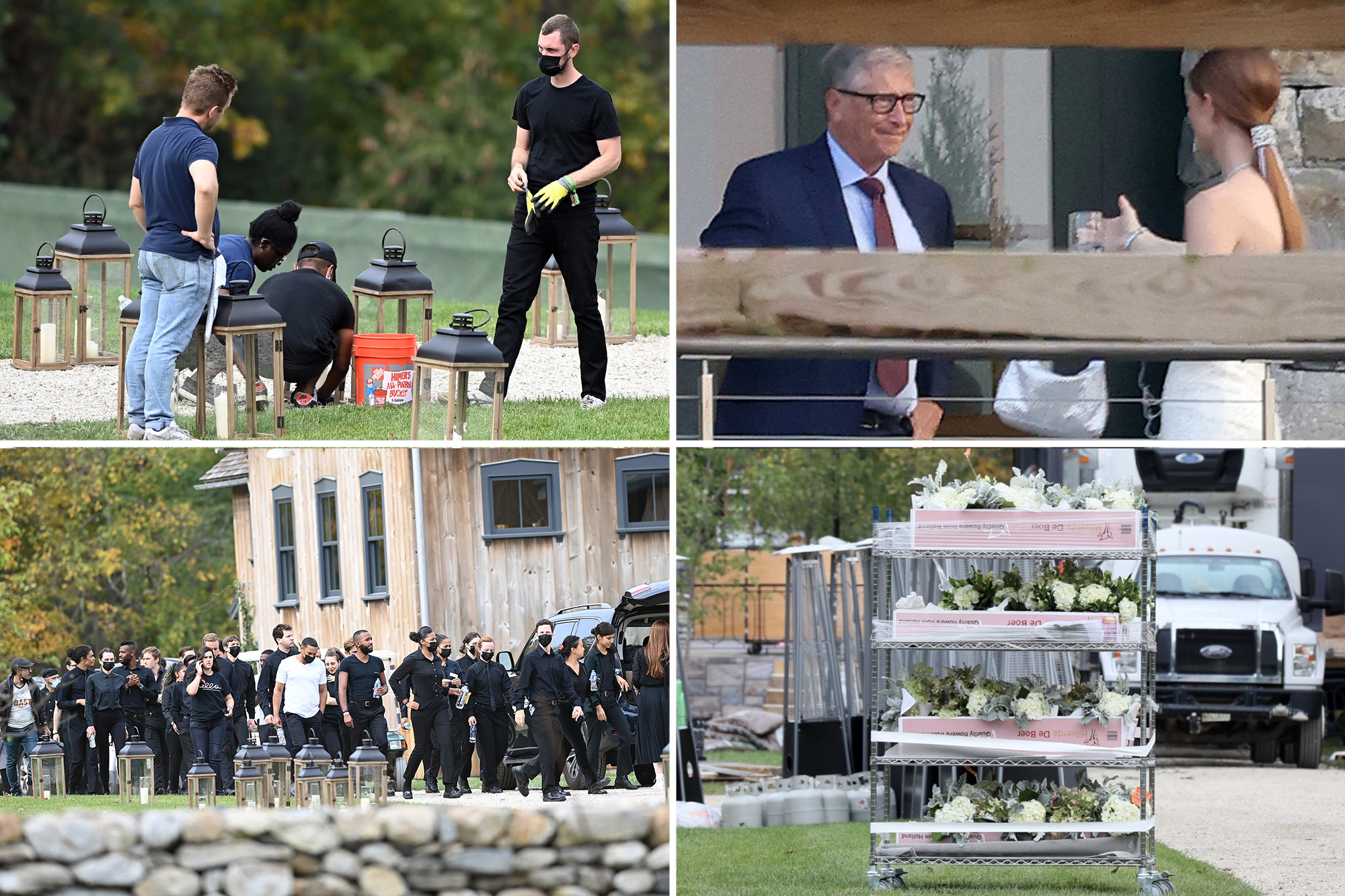 Last-minute preparations have hit a fever pitch for the $2 million wedding today of Microsoft heiress Jennifer Gates, which takes place at her Westchester horse farm.

Workers wheeled in masses of hydrangeas and other plants Saturday morning, as police cars began to block the rural road leading to the sprawling property where the daughter of billionaires Bill and Melinda Gates will exchange vows with her professional equestrian fiance shortly after 2 pm.

“I can hear them over there now making last minute preparations,” said Linda Dupree, whose home backs onto the North Salem land owned by the 25-year old bride. “I thought I heard Michael Buble singing, but it may have just been a recording. The delivery trucks have been coming down the road all morning.”

Choral music could also be heard coming from the horse farm as dozens of catering staff in black shirts and slacks walked outside the wooden barns, and U-Haul and Ryder trucks pulled into the driveway. Silver heaters and lanterns were seen waiting to be put into place.

Dupree said the main stage of the wedding, which has been under construction for the last few days, resembles “a beautiful botanical garden.”

The bride’s parents arrived yesterday at the sprawling $16 million horse farm that they bought for their eldest daughter after she graduated from Stanford University in 2018. It is the first time that the Gates’ were spotted together since their August divorce. The couple had been married for 27 years.

Photos showed the bride and groom posing for photographs on the lush grounds of the horse farm Friday along with Bill Gates and other family members.

“it’s fantastic,” said Peter Van Raalte, 63, an investor who lives in nearby Briarcliff while riding his bike in the area. “Bill bought this place four years ago. How do you build something this beautiful? You can tell this is super high quality construction. Everybody should have a great wedding.”

Jennifer announced her engagement to Nassar, 30, who was born in Chicago and raised in Kuwait and California in an Instagram post last year. Nassar’s Egyptian parents, Fouad Nasser and Iman Harby, are principals in Diwan Interiors, an architectural firm based in Kuwait.

“Nayel Nassar, you are one of a kind. Absolutely swept me off my feet this past weekend, surprising me in the most meaningful location over one of our many shared passions,” Gates wrote in the caption.